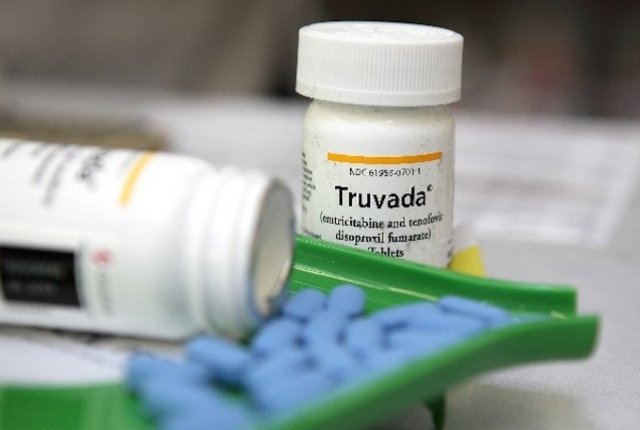 HIV positive status can be the outcome of psychological issues originating in childhood, gay-specific issues and trauma.

Every gay man who is HIV+ needs to accept that he needs help to heal from the trauma of HIV transmission and also from the original cognitive and emotional issues that have crated the risk and irrational behaviors that led to HIV transmission.

My story with HIV:

When I lived in Chicago, during my 20’s, I have engaged in unprotected sex more than once. The result? Mental instability, constant fear of transmission of HIV and a massive decline of self esteem – all related to the risky behaviors I was putting myself in and the constant worry of becoming positive.

Every time I went to get tested, I would get anxious and promise myself that if I am negative that I would stop and “control myself”.

I would repeat the same pattern over and over and continue the cycle of taking risks, trying to “engineer” safety while barebacking and living with constant reminder of being just a step away from the disease.

That’s how it felt for me.

My story with HIV does not end there. In my early 30’s I met an HIV positive man and fell in love again. We have spent almost 3 years together and I have seen in my own eyes the parts about life with HIV that no one talks about.

And it was not the shame or the stigma – this is what most HIV + men talk about and its a valid concern. I am talking about something else. It was the presence of the self-evident psychological issues that have caused the HIV to begin with – taking risks, being passive, lack of assertiveness, emotional instability and a whole lot more issues that would get any person HIV positive within 60 days.

So this is how I learned that HIV does not happen to innocent victims. It usually happens to men who are unable to emotionally regulate themselves or who have not received cognitive and emotional support from family and friends.

Lack of support and proper advice usually leads to errors of judgment and poor evaluation of potential partners in love and in sex.

Why is HIV a psychological condition more than physical?

Any gay man today who knows about the dangers of HIV and still engages in unsafe sex needs to see a psychologist or a coach.

Let me answer with this analogy: Would you get in a car, knowing that the breaks may not work and you may crash and possibly die?

Any sane person would say “No, of course not”.

But this is exactly what many gay men do with sex. They “get into” the car hoping it will not crash.  Most often, its just a matter of time until it crashes and the person is hurt.

Given that most gay men who become positive do not receive therapy and coaching, it becomes easy to see why HIV spreads so quickly and why most HIV+ men have difficulty coping with the disease.

The first action for any gay man who becomes positive is to enroll in long-term coaching and/or counseling and to restore the cognitive and spiritual foundation.

Why is PrEP not recommended for HIV negative men?

Because it invites irrational behaviors that carry heavy psychological toll on the person, especially on the HIV negative gay man – not to mention the possible physiological side effects from the drug.

Shouldn’t we rely on our brains to eliminate risks? What will happen if we relinquish responsibility for our behavior and thinking and trust a pill to save us? We may benefit from the pill in one area, but we will get into trouble in another area.

Because it’s the thinking that needs to be corrected and upgraded. There is nothing “physiologically” wrong with HIV negative men that needs a “fix”.

The reservations and “discrimination” from HIV negative gay men are not purely sexual. Those inhibitions are also founded on pragmatic concerns for a happy daily life.

HIV negative men do realize that on some level, the HIV positive person was irresponsible in choices of partners and sexual behaviors. Also, the HIV negative man will be looking for signs of resolution of that irresponsible behavior instead of accepting a “pill” that will somehow make everything okay.

The answer for anyone dealing with HIV

The fastest way for anyone living with HIV to have a happy life is to accept the help and the support from coaches, psychologists and counselors. Anyone can succeed, but not without help. Many issues need to be addressed, not just the lifestyle changes that follow the diagnosis.

Most importantly, when a positive man receives the help and deepens his awareness of himself and heals all wounds, he can me be a desirable candidate for a committed long term gay relationship.

Suffering can be a great catalyst for major makeovers in anyone’s life and can set into motion changes that are beneficial to the person for the rest of his life.

Today, most HIV negative men will not use HIV positive status as the deal breaker.

This is good news.

Also this means that the fear of being in a relationship with an HIV positive man is not based on the threat of transmission.  It is mostly based on fear of dealing with the emotional issues that were not addressed and which can unexpectedly pop up in the future.

If I were HIV positive I would not ask my lover to take any medication just to be with me. If he cannot be with me without medication, than HE SHOULD NOT BE WITH ME to begin with.

And what about purely sexual use of PrEP?

Its possible, but it will cost the person a lot of worrying and unintended consequences, much of which we don’t fully understand yet. Remember – sexuality can be complex and you don’t want to be a testing lab for a drug that can enmesh you in behaviors that can destroy your life.

I would not recommend to any HIV negative gay man to take PrEP.