The 7 Gay Habits of Highly Effective Gay People: From Dependence to Interdependence 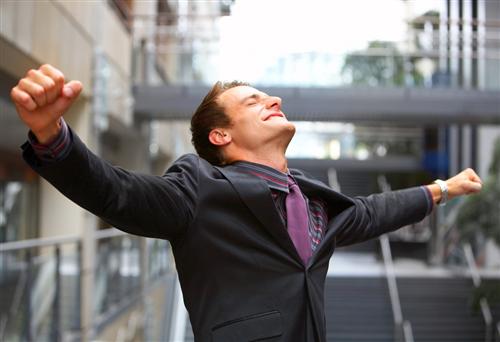 I finished reading the book by Steven Covey “7 Habits of Highly Effective People” and can’t get enough of it. This book is packed with so many deep concepts and principles that I’m afraid my review is going to be a superficial overview at best.

To provide a framework whereupon to build the 7 Habits, Covey begins his work introducing the dichotomy between what he calls the character ethic and the personality ethic.
For years, the cultural theme that ran throughout the US was built upon the character ethic. This is the idea that a person advances throughout life on the basis of their character.

[quote] It was the foundation of Benjamin Franklin’s Twelve Virtues and could be found in most of the self-help literature of the time.[/quote]

However, since WWI, a shift started to happen. Developing one’s character began to be overshadowed by the “quick-fix” solution of the personality ethic. All you had to do was learn specific skills and techniques, work on your public image, personality and attitudes, and you’d be guaranteed success. However, the problem came when you were eventually discovered as insincere and shallow. A perfect example is many of our modern politicians — all fluff and no substance.
Covey doesn’t knock the ethic. In fact, he says it is sometimes absolutely necessary. But these ideas are only effective when they flow naturally from a good character and the right motives. And this is where the 7 Habits come into play.

The 7 Habits bring us back into the realm of the character ethic, where we live based upon time-tested principles that have worked throughout the ages, regardless of social context. Values such as the Golden Rule (do unto others as you would have them do unto you), going the extra mile, charity and so on, are what truly effective people have lived by throughout history.

According to Covey, having a principle-centered life is the only way to be truly effective. From Dependence to Interdependence: a Continuum The 7 Habits are not mutually exclusive. In fact, from the first to the last habit, they are intended to work with and build upon each other in a specific order and structure. When they are sequentially applied in your life, they will take you from a state of dependence on others and society to independence and ultimately interdependence — an attribute reserved for the most effective people.

Habits 1 through 3 comprise the “private victory” or independence. They take us from that feeling of helplessness and powerlessness to one of empowerment and pro-activity. Habits 4 through six make up the “public victory” or interdependence, where we learn to effectively work with others in a mutually beneficial way. If we can achieve this, we have achieved true effectiveness.

The 7th and last habit, “Sharpen the Saw”, is what keeps us running at peak levels. Just as any machine requires regular maintenance to function properly, we require our own “down-time” to rejuvenate our bodies, our minds and our spirits.

One of the main things that separate us from the animal kingdom is the ability to consciously remove ourselves from our thoughts and observe our actions from a third-person perspective. This ability allows us to interrupt what many refer to as “instinct” or a conditioned response.

Instinct is what causes us to respond to certain stimuli in the way that we do. For example, animals when confronted with a stimulus have a distinct response based upon their instincts. Humans, on the other hand, have the ability to stand apart from a stimulus, creating a gap between the two – effectively allowing one to decide how to respond. This is the definition of being proactive.

Victor Frankl, in his phenomenal work, “Man’s Search For Meaning”, talks extensively about this. Having lived through the Nazi concentration camps, Frankl noticed that there was a distinct difference between those who were able to survive  (and sometimes even thrive) during that experience and those who gave up. This was the ability to be proactive, or deciding how they were going to respond to that ordeal.

The Nazis may have been able to take their liberty away, but the freedom of how they would respond would always remain with them. The opposite of being proactive is being reactive.

A reactive person is tossed to and fro by others actions and environmental circumstances. They are completely dependent upon external situations for their success, happiness and quality of life. These are the people who blame others for their lot in life – constantly pointing the finger at genetics, environment, government, or God for dealing them such an awful hand.

They never come to the realization that all along, the power to change lies with them. Without first integrating this habit into your life, none of the other six will be possible. Being proactive is really the beginning of empowerment.

Habit 2: Begin With the End in Mind

Once you become empowered through applying Habit 1 in your life, you will naturally want to create the kind of life that is in accordance with your values and desires. Beginning with the end in mind allows you to project yourself into your future and mentally create your life as you would want it. I feel this is the basis for the Law of Attraction.

Covey refers to this habit as the mental or first creation. Through proper planning and preparation, you can mentally create what eventually will become the second creation; or what you physically see manifested in your life.

Failing to begin with the end in mind allows the external environment to dictate how your life turns out. You can either be a victim to the weather of circumstance or you can bring your own weather with you. (I’m sure you’re noticing a correlation between Habits 1 and 2 by now. In fact, you’ll see that all the Habits build upon and support each other.)

If you’re like most people, your life is probably full of continual demands and distractions for your attention. As more and more of these “inputs” come into your life, you may feel that you’re effectively managing your time because you’re able to deal with each new “crisis” as it comes up. However, this is probably the most ineffective way of managing your time.

Covey explains that constantly attending to these mini crises, you will forever be caught up in the trap of putting out one fire after the next — causing unneeded stress and eventual burnout. This is because you never learn this one lesson: to put first things first.
Learning to correctly prioritize these inputs based upon what’s most important to you is what putting first things first means. This is the key to effective personal management — and ultimately effective living.

Covey relates a study that was done which observed a large number of successful people to discover what the one thing was that separated them from the masses. It was this: successful people learned to put first things first; they do the things which other people don’t do but know that they should.

When you’re putting first things first you are doing important things which are not urgent. Things such as building relationships, prevention, planning, preparation, reading, improving your professional knowledge and exercise are all examples of important but not urgent things.
It’s these types of activities that will keep the crises and fires down to a minimum. They let you know that you’re living your live proactively — according to the end that you have in mind — and not simply reacting to whatever life throws at you. (The integration of Habits 1, 2 and 3)

If you can achieve the private victory through living Habits 1 – 3, you would have made quite an accomplishment in personal effectiveness that not too many people reach. However, to reach quantum levels in effectiveness, you must learn to work with others. This is where the Habits 4-6 come into play. And Habit 4, thinking win/win, is just the beginning.
Thinking win/win requires quite a paradigm shift in thinking for many people. Because our culture’s basis is competition — which in its own right is not a bad thing — it often triggers a belief in the scarcity mindset. This belief that there just isn’t enough to go around can be extremely self limiting.

Thinking win/win is the first step in understanding that someone doesn’t always have to lose in order for you to win. By having this as your dominant mindset, you are constantly seeking out opportunities for mutual benefit in your personal and professional lives.

Habit 5: Seek First to Understand, Then be Understood

To be a truly influential person, you must first be influenceable. What this means is that you must learn to give of yourself, both your attention and your empathy, in order to fully understand another.

For example, when communicating, most people are either talking or thinking about what they are going to talk about next. This isn’t effective listening at all and turns into what Covey refers to as the “dialogue of the deaf”. It is more effective to listen actively and empathetically, consciously trying to understand and see the world from the other person’s viewpoint.

This has amazing power to influence others. When they realize that you intimately understand them by becoming in a sense “vulnerable” yourself, the whole dynamic changes and you open doors to willing cooperation — the essence of the next habit:

Synergy is the capstone of all of the previous habits. When you have successfully applied all the others — especially habits 4 and 5 — synergy occurs naturally. Synergy is defined as when the whole is greater than the sum of the parts, and you see this frequently throughout nature.

For example, when you burn a bundle of wood you’ll produce more heat for a longer period then if you were to burn each one separately — adding up the resulting BTUs over a distinct time period. Also, many species of plant can be found growing together, sharing both root space and soil. This creates an overall stronger bond and more nutrient-rich soil than they originally would have had, had they grown separately.

When this is pursued with others, the result of the cooperation will exceed the sum of what each of the members could have achieved on their own. As a side note, it’s interesting that you can see Covey walking his talk by virtue of his partnership with Franklin Quest what is now known as Franklin Covey. Together they are able to produce more value to more people than working individually.

This is the habit of self-renewal and encompasses and supports all other habits. Just as any tool requires regular maintenance in order to function at its peak, you — the saw — require regular renewal or “sharpening” to remain most effective.

This involves regularly exercising the three dimensions which make up the human condition: your body, your mind and your spirit. This includes maintaining physical fitness through regular exercise, mental growth through continual learning, and spiritual development through studying the “wisdom literature” of the ages (The Bible, Bhagavad-Gita etc.).