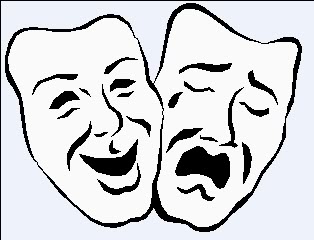 Originally posted by Kevin Fong. During the years I lived in the San Francisco Bay area, the mayor, the media, and local foundations at various times requested to meet with my community’s “leaders.” Typically, no one stepped up. The concept of leadership was so alien that members of my community could not imagine themselves being one.

To bridge this gap, I have developed “Working in the Hyphen,” a system of organizational design and leadership development that combines the East Asian theory of the Five Elements with Western concepts of leadership.

The Five Element Theory describes the relative effects of the elements – Water, Wood, Fire, Earth and Metal – on each other. Each element contains attributes that reflect various leadership styles and behaviors. They are: 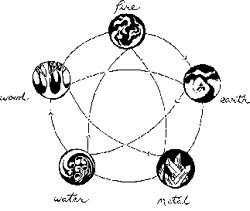 Water– Often described as the Philosopher, the Water person’s forte is bringing insight, reflection, and meaning to a situation. If you are a Water person, you are skilled at providing a big picture; at communicating in a clear, succinct manner; and at evaluation and setting limits. One might typically describe a Water person as reclusive, as you need your own sense of space and solitude.

Wood– Gifted at creativity and motivation, a Wood person is often seen as a visionary and a ground breaker, known to possess infectious optimism. This optimism lends well to conflict resolution; however, lack of focus and follow-through are issues. A Wood person is best suited for creating or transforming ideas, rather than carrying out plans.

Fire– A Fire person is filled with perception and intuition. Like fire, you are able to cast light on things and reveal the shadows as well, giving you good judgment regarding people and situations. A Fire person is especially skilled at networking and providing a concise, although sometimes exaggerated, point of view. While very charismatic, a Fire person is susceptible to burn out and often needs a lot of support.

Earth– “Dependable,” “team-builder,” and “accommodating” are typical terms used to describe an Earth person. Your primary goal is to serve others. You have an intimate connection with physical surroundings and group dynamics, always striving to maintain harmony. Skilled in facilitating and supporting roles, an Earth person is often considered the anchor of the group. While you tend to slip into the background, acknowledgment is very important to you.

Metal– A Metal person is known as the Achiever, the Manager or the Strategist. If you are a metal person, you tend to be action- oriented and focused solely on accomplishment. Order and control are high values for you, thus you may be perceived as arrogant and insensitive. However, you can be counted on to get a job done. Our industrial-based culture has typically recognized and rewarded the Metal person as the “effective leader.”

The key concept of the Five Element Theory is not only understanding the elements themselves, but the relative effects of the elements on each other through the Supporting Cycle and the Restraining Cycle. In the Supporting Cycle, which is illustrated by the arrows around the outside of the circle, Water nurtures Wood, which fuels Fire, which produces ash or Earth. Earth then produces minerals or Metal, which creates condensation to produce Water.

Visions typically start with a Water person who identifies a common passion or need. The Wood person explores all of the possibilities for expressing the passion or addressing the need. The Fire person focuses on a strategy or mission and attracts a larger community of supporters. The Earth person is gifted at gathering resources and developing teams. The tasks are led by the Metal person, and the process than goes back to the Water person, who contributes skills of evaluation and reflection. Thus, effective leadership is not limited to one style or element, but a combination that appropriately utilizes the strengths of each person.

In contrast, a group might be stuck in the Restraining Cycle. Referring to the illustration, this cycle is indicated by the star formation. Water controls Fire, which tempers Metal. Metal in turn, cuts into Wood, which depletes the Earth. Finally Earth contains the flow of Water.

From the perspective of leadership, if the Water person overpowers the Fire person, the group loses its sense of focus, leaving supporters and the community perplexed at what the group stands for. Likewise, the absence of an Earth person might lead to implementing a task before building the team, which leads to “burn out,” a misuse of fire.

A team that is too structured with Metal persons can cut into the creativity of the Wood persons. Likewise, every idea that is acted upon by the Wood person can overburden the resourcefulness of the Earth person. Finally, a group dominated by process (Earth) people while in the evaluation (Water) stage can get “stuck in the mud.”

In most cases, leadership develops within both the Supporting and Restraining cycles.

Here’s a case in point. I recently applied this system to a national nonprofit organization. After analyzing the staff, I determined that the organization is mainly composed of Wood and Metal people. Thus, the organizational culture is one that generates a multitude of ideas and acts on every one of them. This is manifested in the 17 different programs offered by the staff of 30. While the programs are indeed implemented, there is a lack of focus (Fire), teamwork, (Earth), and planning, (Water).

Since Water facilitates the tension between Metal and Wood, I implemented “Blue Wednesdays,” at the weekly staff meetings. People are encouraged to wear blue or black, the color of water, and we place a large bowl of water in the center of the table. This subliminally places people in a mode of reflection, giving space to look for linkages and nurture new ideas. In addition, I encouraged the facilitator to ask reflective questions, such as, “How are we making a difference?” “What is the bigger picture?”, and “Are we doing this in the smoothest possible way?”

I also worked with the organizational management to hone their skills of providing focus (Fire) and teambuilding (Earth). For instance, if there is a flurry of ideas coming from the Wood people, the management may have to bring in the language of Fire (“These are great ideas. Now we need to focus and prioritize.”). At that point the Metal people may say, “Great, now that we have finally decided what to focus on, here’s how we’ll do it.” This could lead to alienation of the group if the necessary teambuilding (Earth) has not been accomplished. In this case, I recommended calling upon the three Earth people in the organization to take the lead, and establish systems and processes that are more inclusive in nature.